Always looking "together" in the same direction

It takes a TEAM to achieve a DREAM…

Linda has always been a 100%+ person. Just surviving childhood took more effort and determination than most put forth in a lifetime. Her Spirit Guides and Angels repeatedly told her, “Life will get better for you as you get older if you can make it through childhood.”

Her Spirit Guides and Angels were right. She not only survived a horrendous childhood after 16 years of child abuse at the hands of her mother’s rage but triumphed over extreme adversity throughout her life. Instead of allowing her mother to beat the spirit out of her, a threat she promised to carry out, Linda became even more connected to her Spirit Guides and Angels as she became stronger, more determined, and fearless.

By age twenty, an age when most kids are still wondering what to do with their life, Linda had a 4-year old daughter, a thriving architectural home design practice, an award-winning home building business, was a land developer and half-owner/active partner of the largest framing company in Sacramento, California.

The more she listened to her Spirit Guides and Angels, the more successful and meaningful her life became. Against all odds, she became an unstoppable serial entrepreneur by age 19 and beyond.

Nothing could stop her, even she was surprised at all her successes. Then in 1989 she moved to Sedona and became a real estate broker and in 1994 started the first Internet ISP in northern Arizona. She was always “guided” toward success.

Five years of dream analysis classes launched her side business of helping others understand their lives. Helping people with the messages their Spirit Guides and Angels brought through in dreams turned into a passion for listening to and counseling people about all aspects of their past, present, and future.

Throughout her life, people expressed how her intuition and insights are both shocking and uncanny. People are energetically drawn to Linda and tell her things they’ve never told anyone else. In turn, Linda explains things that have happened in their lives, that only they could know at the deepest levels.

Linda changed her life many times and helps others change theirs. What people have struggled with for a lifetime many times resolves itself in an instant after a coaching or training session with Linda.

Her first book, “Guided,” is not just a true story about how a little girl came into this life with an awareness of her Spirit Guide friends, but how these special guardian angels watched over her and communicated with her over a lifetime, hence came the long-awaited book “Guided.”

Linda hopes that her true story can serve not only as an inspiration for others who have endured seemingly insurmountable challenges in their lives but for those who are still hurting, thus the catalyst for healing it.

Ray is the publisher of GUIDED Press, the publishing company for our books. He is not new to the publishing world. He wrote a weekly column for CMP Publications for five years starting in 1996. Since 2007, together with Linda, they have produced and published the CR News Reports© fourteen times per month. He is a people person and is dedicated to helping others in every way he can. You never have to guess with Ray because he is genuine; a quality that’s rare these days. Ray’s has done many things throughout his life; music, herbalist, sales, marketing, executive search, writing, day-trading and a father, but something was always missing.

One day in the late 80’s while visiting clients in Chicago, Ray was offered a Director of Marketing position for the largest PC company in the world at the time. He accepted and left the warmth of California for the snow and cold of the Windy City where he found it difficult to be a spiritual guy in a corporate world. He struggled with conflicting beliefs between corporate objectives and what he knew really mattered. He never spoke of it to anyone.

In the early 1990’s, Ray was recruited for a similar position by an up-and-coming PC company in Austin, Texas. He left his position in 1992 and, combining his knowledge of recruiting, sales and the technology, started his own high-tech executive search firm by himself with a substantial Rolodex of contacts and a telephone. He found his niche and tripled his income the first year. The company grew in size quickly and became one of the Top Ten search firms in Austin, where it remained so for almost 15 years. Ray honed his talent for writing when, in 1996, he was asked by the top PC- industry trade magazine to write a weekly column, which he wrote for 5 years. Ray always loved writing, it was his major in college. He also has a background in marketing for the Fortune 500 companies he worked for throughout the 80’s. He also became a day trader in the stock market, where his intuition really paid off. Now, he was doing two of the things he loved; writing and using his intuition, but something was still missing.

Ray’s defining moment in his life was moving to Sedona, AZ in 2004 and meeting Linda Deir. She became his soul mate, business partner, best friend, wife, and ice skating partner. Everything he had done in life was leading up to meeting her…the person who changed his life. She brought out the spiritual side of Ray that had been simmering just under the surface since he was a teenager. She gave him a new perspective on what was really important, pointing out his unique gifts. That the sum of all your experiences, feelings, thoughts, and actions brought you to this point in your life and became the foundation for change and transformation. Ray and Linda were married on January 1, 2005 and have been on a honeymoon ever since. Ray and Linda work together to bring physical and spiritual healing to the world through their writings, websites, blogs, as authors, life coaches, and wellness consultants. They met in Sedona, AZ, in 2-28-2004, got married 1-1-2005 and moved to Phoenix, Arizona in 2016. 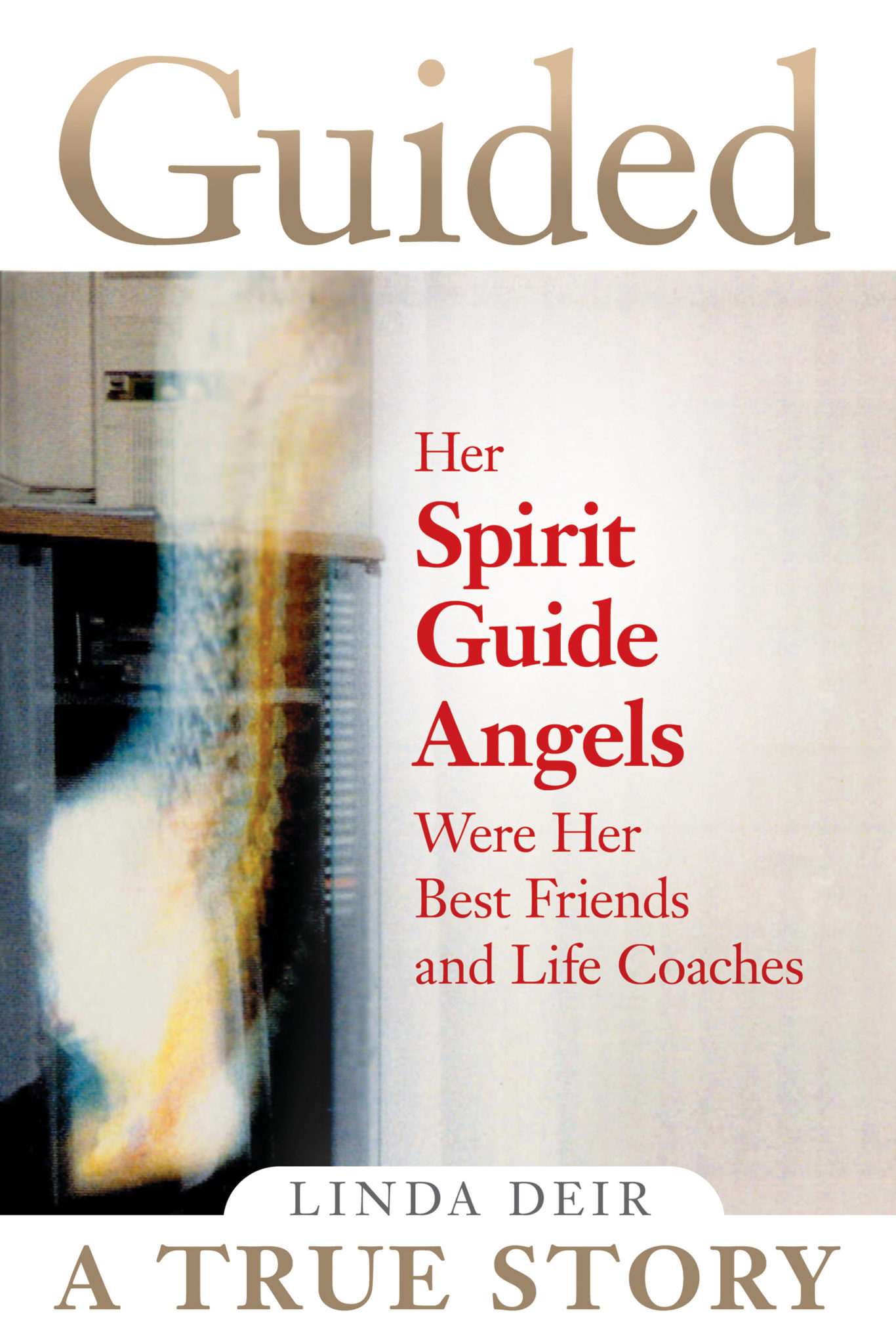 Meeting the Real YOU 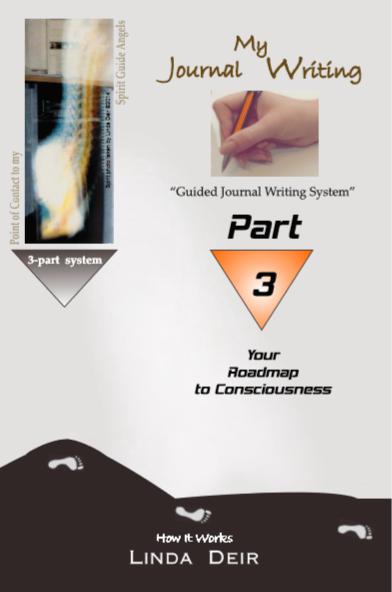 The Rescue Cat, Who Rescued Us

What can you say about the animals you rescue? Only that they are usually not the ones who need rescuing…you are. Just like people, you never get to pick who loves you. They just show up in your life. Stray, unwanted and abused animals show up in your life at the exact time they’re supposed to. They realize that you may have been abused yourself and they know they can help. It takes one to know one. With that first tail wag, face lick, or squeaky meow they steal your heart. Now, they’ve got you. Their authenticity and charm are their “secret weapon.” 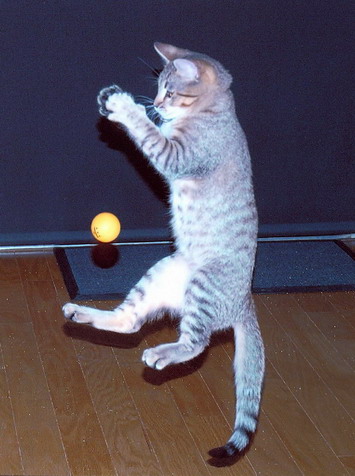 Pets are the Master Healers and Teachers. They steal our hearts by showing us what unconditional love is. Expecting little and giving much, they teach us simplicity, loyalty, how to play, when to relax, and proper grooming and stretching exercises. They contribute immense pleasure to our lives, showing us what a best friend is. We become a better person just by having them in our lives. They live just long enough for us to really love them. Then, with their job done, they leave us with the life lessons they taught us along with the memories. We are changed forever!

Benny’s mom was a stray who lived behind a health food restaurant. She stole the heart of the restaurant’s owner, a connoisseur of great food. She allowed Benny’s mom to have her babies in the safe clean closet of her new home. Our friends told us about the restaurant owner who had taken in a stray who recently had kittens. When we went to her home, the momma Bengal cat allowed us to be the first to handle her babies. Little Benny was just 5 weeks old when we got him with hair sticking out all over. He looked like a little hedgehog that meowed. 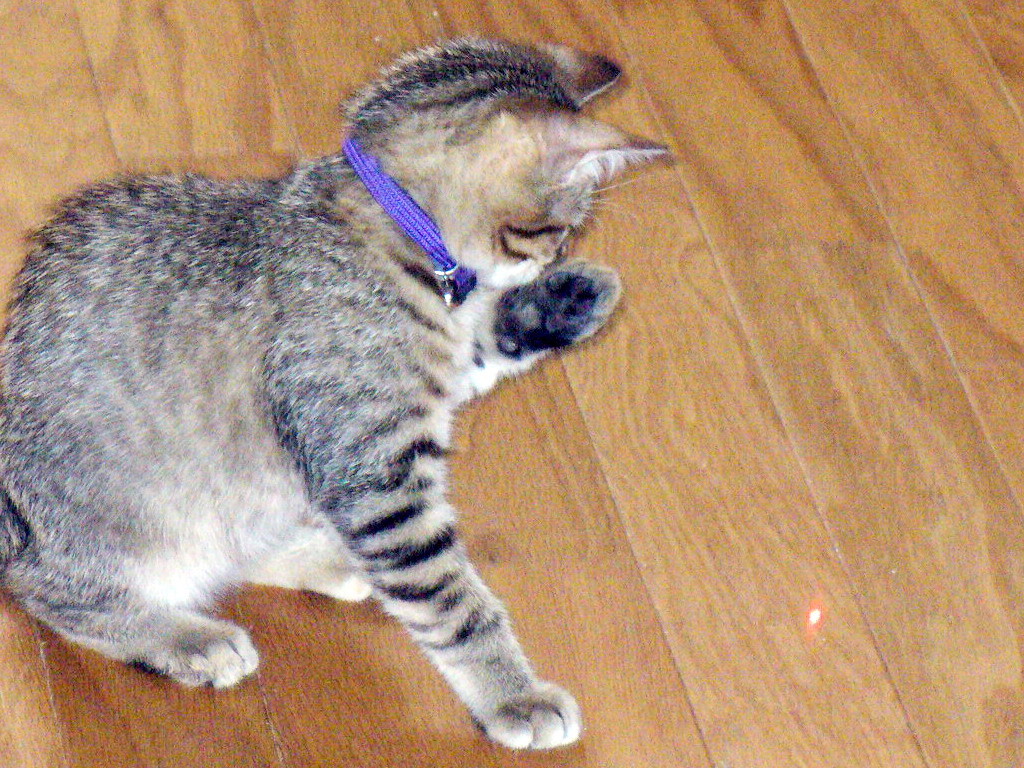 Where did it go?

Benny (half Bengal and half tabby) fit right into our family and quickly grew to be a big boy. He’s now over 20 pounds and when he stretches out he’s over 3 feet long. He loves chasing lizards in the warm Arizona sun and having his picture taken. As you can see, he is a cat of many personalities. He doles out his wisdom.