Linda Deir wrote this book using her own life as an example of how we can get in touch with our Spirit Guides. Her Spirit Guides told her that she would find happiness later in life if she could survive childhood.

She had an abusive mother and attempted suicide, but after two failed marriages did find happiness with her third husband. She continues to follow the advice of her Spirit Guides.

Nancy Wiegman has a master’s degree in French linguistics from Indiana University and taught yoga and foreign languages at CSU Fresno and the College of Charleston before moving to Chico in 1990.

She wrote articles on yoga and vegetarian cooking for Yoga Journal and local publications. For seven years she acted and danced in productions such as Singin’ in the Rain, The Real Inspector Hound, Biloxi Blues, and Steel Magnolias.  In 1999 Nancy was named, Outstanding Woman of Chico and received a Maggie Award in 2002.  She directs the yoga program at Chico Sports Club and has been teaching yoga there since 1994.   She became a classical announcer at KCHO in 1990 and debuted Nancy’s Bookshelf on Northstate Public Radio in July of 2007. 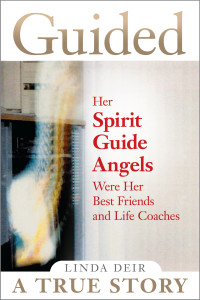